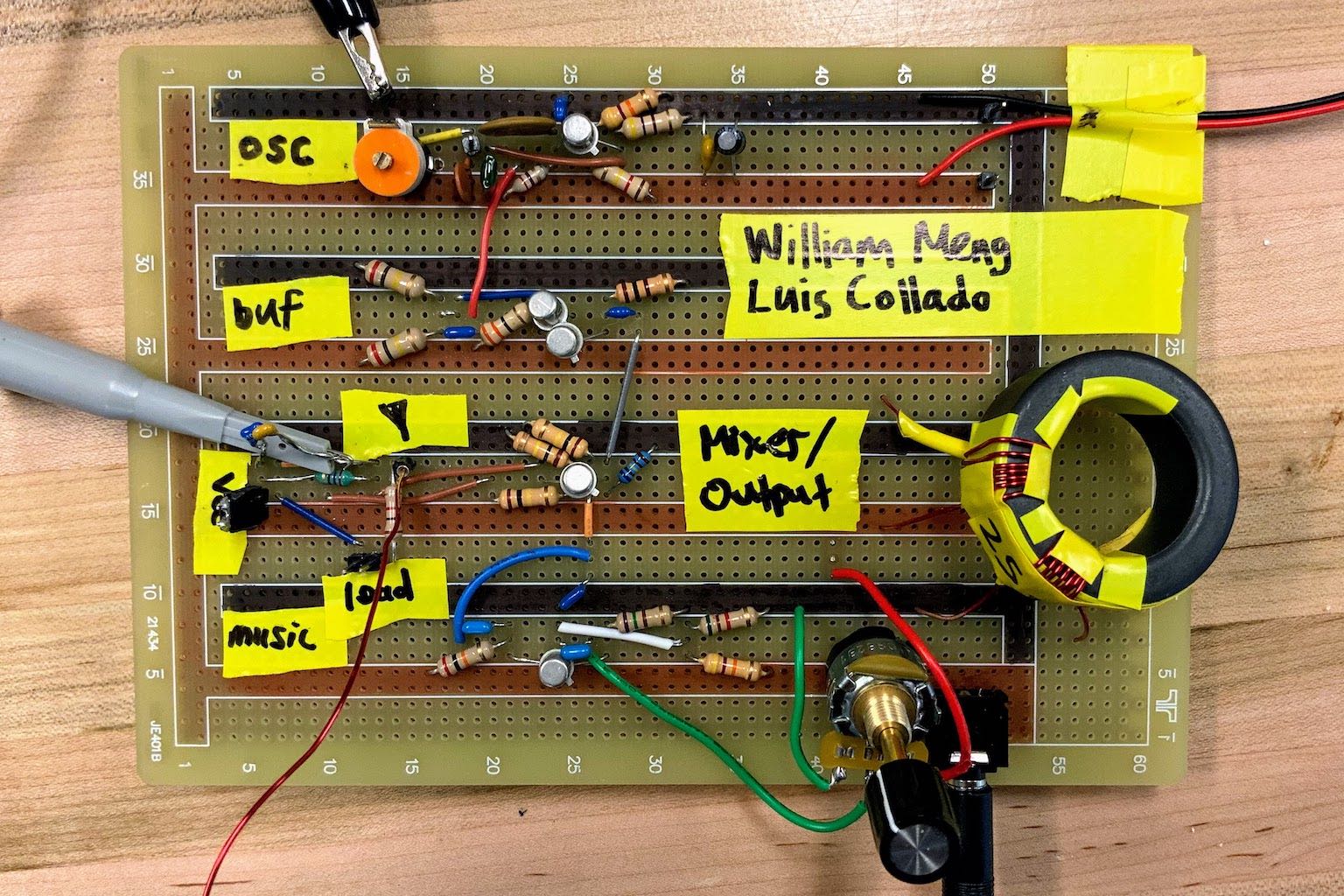 For my Communication Circuits class taught by Prof. Yannis Tsividis, we designed and built an AM Radio transmitter using only 5 transistors plus passive components. The transmitter consists of 5 functional blocks:

*The mixer and PA are implemented with the same transistor in the output stage.

More details can be found in our report.

Here is a video of it in action:

And our demonstration for Prof. Tsividis: