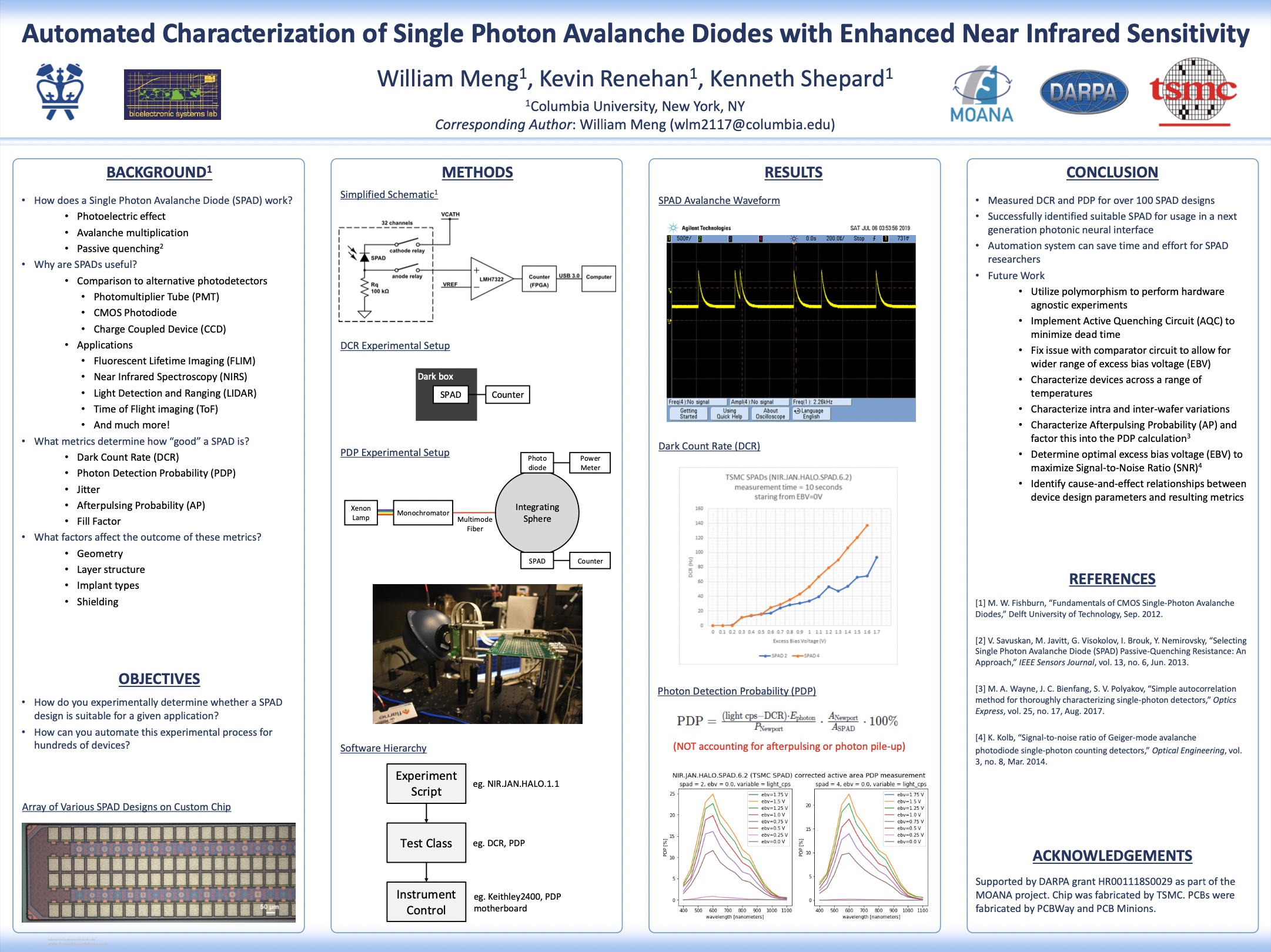 I created an automated test system to efficiently characterize over a hundred Single Photon Avalanche Diode (SPAD) devices. This involved a combination of electronic & optical lab equipment, custom PCBs, and a custom Python library called PySPADTest to control everything.

The SPAD devices under test are part of a Design-of-Experiments (DOE) array (designed by Kevin Renehan) which reside in a custom fabricated chip from TSMC. The array contains over a hundred SPADs with different design parameters, but without any of the control circuits (active quench, time gating, etc) you would normally find on a SPAD imaging chip. Instead, the devices are connected to the appropriate circuits and test equipment to measure each of the following characteristics:

To facilitate each measurement, the custom PCBs use shift registers activate one of 32 relays at a time to connect SPAD to a Keithley 2400 for the IV curve measurement, or a comparator and FPGA counter (with firmware written by Kevin) for the DCR and PDP tests.

Summary of my contributions:

This automation system took a lot of time and effort to develop, but the result was well worth it. Watching the system click its relays and adjust all of the instruments automatically was like watching a ghost performing the experiments.

Many thanks to Kevin Renehan for his guidance on this project, as well as the rest of the SPAD team: Sajjad Moazeni, Eric Pollmann, Jaebin Choi, Adriaan Taal, and of course Prof. Ken Shepard.